Best Practices The Art of the Handoff: Why Your Business Needs a Single Data Model

The Art of the Handoff: Why Your Business Needs a Single Data Model 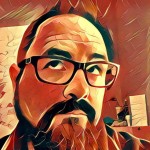 We love our kids with all our hearts, but we can all agree that elementary school children aren’t Olympic level athletes. If you’ve ever seen a pee-wee soccer game, you know what I’m talking about. Every player from both sides (including goalies) surround the ball and shuffle it back and forth across the field. It looks like a giant Roomba sweeping a patch of grass.

Do you see that same level of disarray when looking at your revenue stream? Although quotes are generated, contracts are signed, and deals are moving along, it’s likely all your tools, processes, and data points are disparate. The disconnection and shuffling, similar to the children in the pee-wee soccer game, hinder future growth and success. What organizations need is a single data model that houses the most crucial steps in the revenue process – revenue generation and the management of key commercial relationships.

I saw a living example of the power of a single entity working as one in my daughter’s fourth grade Junior Olympic relay team. These four girls were not the biggest or fastest team on the track nor were they intent on winning. In fact, they were more focused on the boba party scheduled after the event. But the coach (a volunteer parent) did a very smart thing – he drilled them on perfecting the handoff.

In a relay race, you have four bodies in motion, all running at top speed but with the added challenge of handing off a metal baton to the next runner. There are specific rules and techniques to ensure a smooth handoff: your placement in your lane, when you should start running to match speed with the runner behind you, which hand you grab or hand off the baton with, etc. Every individual needs to work together in unison and without hesitation to achieve the optimal outcome – a win.

Any system is only as strong as its weakest link, and no one wants a weak link when revenue is concerned. As an example, say you have multiple data fields of the same type (i.e. an expiration date) across a variety of vendor solutions. Reports could end up with multiple columns, each representing an expiration date pulled from the various source data, so you’ll either play a constant game of data massage and migration or pay for costly one-off solutions to clean up the mess. When you add on the extra workload of calculated fields, APIs, and product catalogs in the tens of thousands, you’ll find yourself bogged down just making sure the data is clean.

Success requires the same attention to detail and clockwork precision in the revenue stream as a winning relay team. When revenue solutions (from quoting and contracting to revenue management) don’t share a data set, you likely create and maintain custom data models for each application. This not only drastically slows down workflow but also leads to costly, time-consuming upgrades.

Without the clean handoff of data through the entire revenue pipeline, you may have issues with:

The Power of a Single Data Model

A single data model approach lowers the total cost of ownership (TCO), minimizes implementation time, and simplifies upgrades in the future. Each component of your Quote-to-Cash (QTC) solution, from pricing and quoting to contract management, should work together natively. With all of your processes under one umbrella, data is handed off smoothly all the way down the line. This handoff results in a number of benefits, including faster turnaround time for deals and more concise insight into your pipeline, so you can make better business decisions. The true power of the single data model is its speed and agility.

Are you wondering what happened to the four little girls who perfected their handoff technique? As they lined up next to their bigger and faster competition, they stayed focused and made sure they were prepared for that baton. During the race, the other teams lost their leads as handoffs were fumbled, batons were dropped, and communication faltered – one pair literally stood facing each other for a few seconds before finally passing their baton.

The four little girls came from behind, tore across that track, and smoothly passed that baton like it was an extension of their arms. One speedy, agile, unit. They won the gold (and had a HELL of a boba party afterward).

And that’s the personification of the single data model. Each part working together, communicating as one, and interacting fluidly to reach a winning conclusion.

We use cookies to make sure you have the best possible experience on our site. By continuing to browse, you agree to our use of cookies. Find out more.